According to The Week, Premier League predictions see Man City tipped to win the league once again with 87 points. Closely followed by Liverpool finishing with 76 points, and Chelsea placing third. From a digital performance perspective only, Man City would place third with a score of 41, Chelsea coming in at second with 43 points, but Liverpool playing the lead with a score of 58. Performance in digital terms typically means the speed of your website.

Mouth-watering fixtures lie ahead this weekend, one of which sees Manchester United against rivals Leeds. Leeds were standout performers last season but with United placing runners-up to Man City, the pressure is on. If we were to base our predictions for this game on our digital performance table, we’d see Manchester United coming out on top. 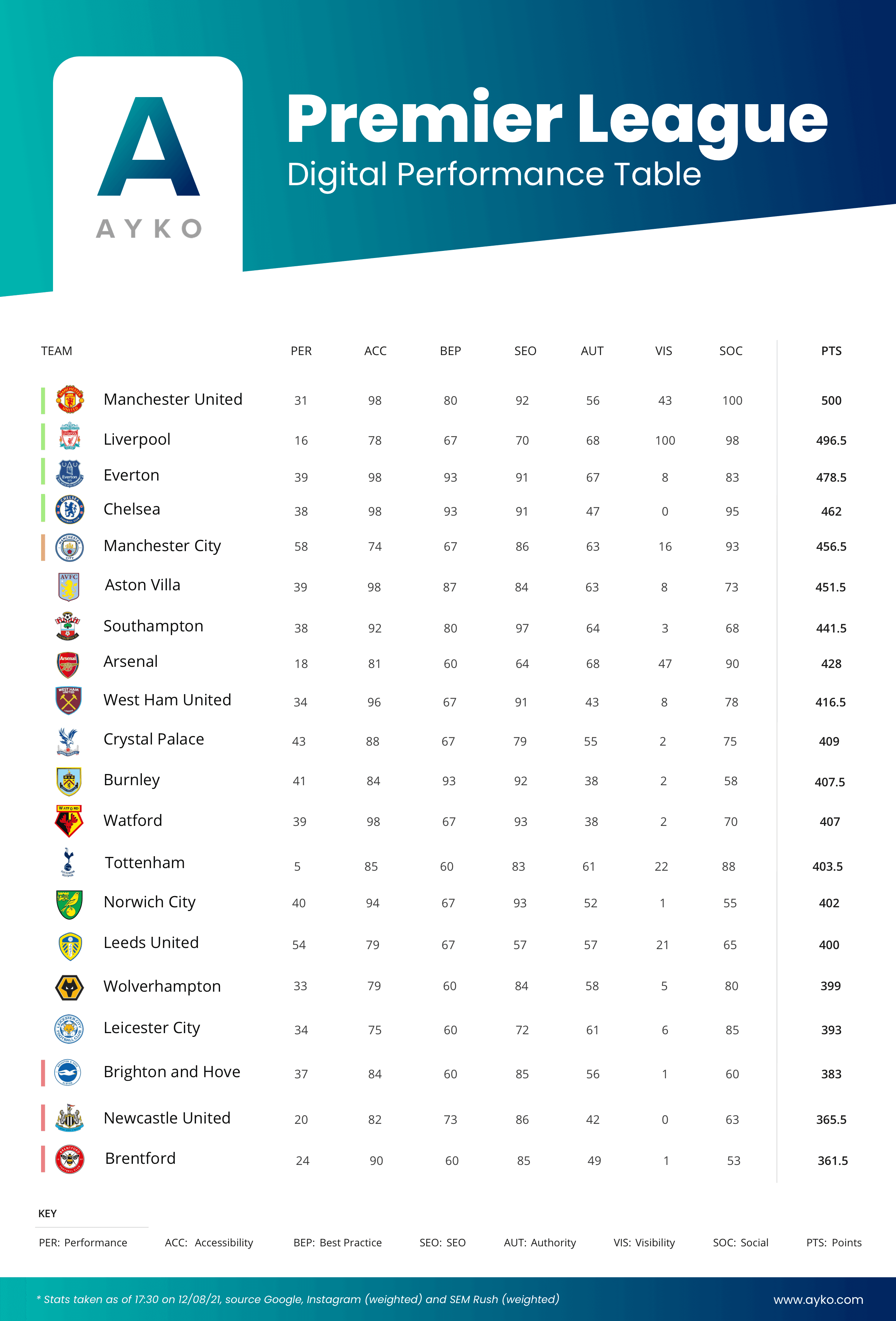 We’ve recently seen Jack Grealish seal a record £100m move to Man City from Aston Villa in a bid for the club to build on their three Premier League titles in four seasons. We’ve compared the social following of both clubs with their social ranking and once more Man City top the bar at 25.6 million Instagram followers, with a score of 93, and Aston Villa at 1.6 million, which is just 6.25% of Man City’s entire following, giving them a score of 73.

Man City have also seen a recent offer of £100m rejected by Tottenham Hotspur for England captain Harry Kane, how do the two teams compare in digital performance? From a website accessibility perspective, Tottenham are our winners. Accessibility refers to the user experience of a website. Tottenham have an accessibility score of 85 whilst Man City score below at 74. Looking at the visibility index, once more Tottenham take the lead with 22, followed by 16 for Man-City.

Looking at our table, whilst Tottenham take the lead for accessibility and visibility, Man City are our winners, taking the lead on: Performance, Best Practices, SEO, Authority, Social Index, Points Per Market Value, Social, Social Rank, Market Value, and Market Value Index. Are you sure you don’t want to make the move, Harry?

Who Wins the Digital Performance League?

Back to all posts